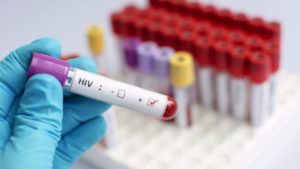 Probashbangla24 Desk : The eight southern districts of the country have at least 193 HIV positive people, cited a report released by a local voluntary organization.

Among the affected people, 84 (53 men and 31 women) have been tested HIV positive in Khulna district alone while 109 in Jhenidah, Gopalganj, Jashore, Satkhira, Bagerhat, Narail, and Magura districts.

Civil Surgeon of Khulna Dr Abdur Razzak told reporters that they have cross-checked the findings released by MAB and verified them to be accurate.

The report cited that expatriates returning from abroad, including India, Malaysia, Singapore, Saudi Arabia and the USA are responsible for spreading the lethal virus in the districts.

None of the sex workers in the district were found to be HIV positive but a hijra (transgender) was found to be carrying HIV.

The report highlights that the number of deaths caused by HIV are rising in the southern districts.

It says the worst affected areas among the districts are Benapole, Chaugachha, and Khulna town as the workers of those areas frequently visit various countries, mostly India, for their works and carry back the lethal virus.

Sources at Khulna Medical College and Hospital said at least 31 HIV patients underwent treatment at the hospital this year and three of them died.

MAB coordinator Rehena Begum said their organisation is working on raising awareness among people about the deadly disease and providing nutritional and medical support to the HIV patients.