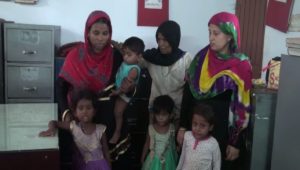 Probashbangla24 online Desk : Seven Rohingyas were held from Abaderghat in Satkhira Sadar upazila on Wednesday while being trafficked to India.

Later, they were handed over to police.