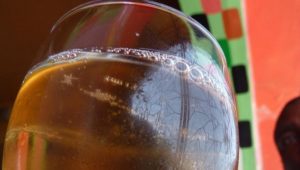 Despite tough penalties in force for alcohol consumption since the Islamic revolution of 1979, the consumption of smuggled or bootleg liquor remains widespread.

Cheap moonshine is sometimes adulterated with toxic methanol in place of ethanol, the alcohol found in properly distilled spirits.

The largest number of deaths was reported in the southern port city of Bandar Abbas, where 16 people died according to ISNA.

“The number of people hospitalised due to alcohol poisoning has reached 168 so far,” it quoted provincial medical school spokeswoman Fatemeh Norouzian as saying.

“Sixteen of them unfortunately lost their lives and eight are in critical condition.”

Bandar Abbas police chief, Esmail Mashayekh, told ISNA that a married couple had been arrested on suspicion of producing the liquor while the suspected distributor was also detained.

ISNA reported three deaths in a separate incident in the northern province of Alborz.

“Twenty-five people have been poisoned in the last 72 hours, three of whom have already died,” it quoted provincial emergency medical services chief Mehrdad Babayi as saying.

Babayi said 17 people remained in hospital, some of whom were not out of danger.

In North Khorasan province in the northeast, 25 people were treated for poisoning in the past 10 days of whom three died, police chief Alireza Mazaheri told the official IRNA news agency.

Khorasan police raided an underground distillery suspected of producing the adulterated liquor and made 31 arrests on Friday night, IRNA reported.

Those who break Iran’s alcohol laws can be fined, lashed or jailed.

Only members of state-recognised religious minorities have the right to produce or purchase alcoholic drinks. AFP