Probashbangla24 online Desk : A Chinese wedding usually involves giving the bridegroom a ‘test,’ like the shoe hiding game, which involves hiding the shoes of the bride before the wedding ceremony. In searching for the shoes, the bridegroom will demonstrate his love in various but mostly funny ways. 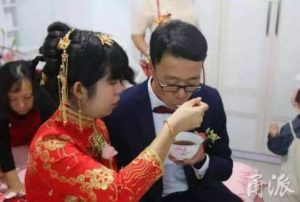 The game took an interesting turn at a wedding in Ningbo, Zhejiang, on Oct. 5—a turn from funny to intelligent, as the bride, a researcher at the Ningbo Research Institute of Materials under the Chinese Academy of Sciences (CAS), gave the bridegroom a math quiz. The answer to the question would give him the password to the safe where her shoes were locked, Qianjiang Evening News reported. 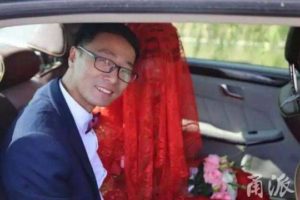 ‘I didn’t want to set the safe’s password as my birthday, as that would’ve been too easy. I wanted to make it more difficult, so that he would cherish me even more,’ said Liu Ying, the bride, who gave him two math questions, which required a total of four numbers to be calculated,

Many of the people present at the wedding were astounded by the quiz and were unable to solve the math problems. 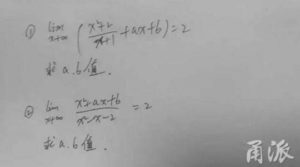 However, Duan Nengdong, the bridegroom, who is also a researcher at the institute, is also known for his quick brain. Duan solved one of the two questions, but had to beg for one of the answers.

‘It was such a memorable wedding and the memory of it pushes me to try harder to win more full marks in life,’ Duan laughed. reports People’s Daily, China.