বাংলা
Sunday 22nd of May 2022 10:09 PM
You Are Here: Home → South Asia → Malaysia Airlines flight forced to land in Perth due to medical emergency 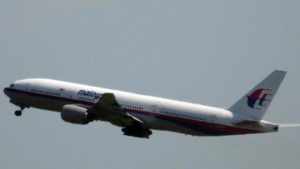 Probashbangla24 online Desk : A Malaysia Airlines flight from Kuala Lumpur to Australia’s Victoria state capital Melbourne was forced to land in Perth Airport early Monday, with a medical emergency cited as the reason for the diversion, according to local media.

Images onboard the MH149, Airbus A330 plane that landed at about 4 a.m. local time at the Western Australia capital Perth showed paramedics and security staff responding to the incident, reported the Nine News channel.

The plane took off from Perth on to its destination just before 6 a.m. local time, reported the PerthNow news portal. BSS/XINHUA