Barcelona to look for a centre-back this winter 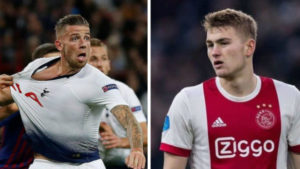 Probashbangla24 online Desk : Just two months after selling Yerry Mina and Marlon Santos for a combined total close to 40 million euros, Barcelona are on the lookout for centre-backs again in the winter market.

Those responsible for the club’s sporting planning allowed those two to leave for budget and balance reasons, taking advantage of the Colombian’s good World Cup to cut down on Ernesto Valverde’s squad.

The coach gave the go-ahead to head into the season with Gerard Pique, Samuel Umtiti, Clement Lenglet and Thomas Vermaelen as his four defenders for two positions.

Pique’s age – in February he will turn 32 – and the injury situation of Vermaelen, whose contract expires on June 30, aren’t allowing anyone in the defence to rest on their laurels.

At Barcelona, they expected to have enough room to manoeuvre and get by, at least until next summer.

However, given how things have gone over the first part of the season, their need to strengthen in that department has become more apparent.

The team have conceded more goals than 10 other LaLiga Santander sides but above all, have been impacted by two setbacks in the form of injury.

Umtiti has knee problems and every day appears closer to an operation, while the Belgian will be out until at least December because of his umpteenth muscle injury.

This situation, along with the lack of confidence in those in the club’s youth system, have led Eric Abidal, Pep Segura and co to get to work on covering that gap, at least for the short term.

The man they like more than any other is Matthijs De Ligt but Ajax do not want to sell him in the middle of a season, while it would also incur a high fee that has not been budgeted for.

Therefore, it seems they may have to find a more low cost alternative.

Barcelona are on the lookout for experienced players coming towards the end of their contract or players who have a reasonable release clause.

If the player’s profile also includes versatility that would allow them to feature on the left flank then all the better as Jordi Alba doesn’t have any first team cover and Juan Miranda, his counterpart with the B side, is not in the coaching staff’s immediate plans.

This week, the Daily Mirror have claimed that there is interest in Tottenham defender Toby Alderweireld, whose deal expires next summer.

The list of targets and names linked with Barcelona is set to be ever greater from this moment on.