Drug use: Is Sheffield Students’ Union right to offer advice?

Probashbangla24 online Desk : Ray Lakeman is only too aware of the effect of illegal drugs.
His two sons Jacques and Torin died after they took ecstasy together four years ago.
Now, the dad is advocating a more open approach to tackle the issue of illegal drug use – an approach that has seen Sheffield Students’ Union hit the headlines in recent days.
The union has been publishing advice on how to take illegal drugs safely.
“I think it’s acknowledging what’s going on and trying to keep students safe. It’s realistic,” says Mr Lakeman.
“I don’t condone drug-taking but I know it happens. Universities need to be open and honest.”
‘Things changed’
Mr Lakeman’s sons took ecstasy together after travelling to Manchester to watch a football match.
Torin was 19 and in his second year at Aberystwyth University at the time. His brother was a year older and working in London.
Mr Lakeman knew his eldest son had been dabbling in drugs but believes Torin had only tried drugs after starting university.
“If it happened to Torin when he was so opposed to drugs in the past it can happen to anyone,” he says.
“I think things changed for him when he went to university. I think it was just a way of fitting in and coping.” 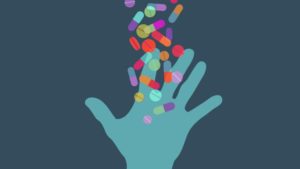 But should universities instead be focusing on stopping students taking drugs in the first place?
The guidance provided by Sheffield Students’ Union – such as how to take safe dosages and how much water to drink – comes from the Loop, an external organisation which runs initiatives to reduce the harm caused by drugs.
The union’s welfare officer Katharine Swindells denies the approach is normalising or promoting drug use.
“Although drugs misuse is of course not condoned at Sheffield, we have to be realistic that some students will experiment with drugs,” she says.
“We have a responsibility to ensure that if a student does choose to take drugs they are as informed as possible and know how to take all reasonable precautions.”
A spokesman for the University of Sheffield echoed the union’s position.
‘I deal drugs to help pay off my student loan’
Modern students ‘prefer work to drugs’
However, National Drug Prevention Alliance spokesman David Raynes says the union’s advice is “normalising drug taking”.
“It creates a climate where there’s an expectation that students will use drugs. And that is bad because we’ll then get to a climate where more students take drugs rather than less,” he says.
He believes “social pressure and peer pressure” – like that which saw a significant decline in smoking at the beginning of the 21st Century – is needed to deter students from taking illegal substances. 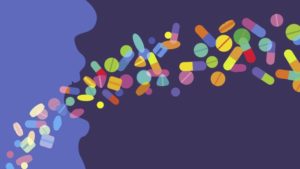 While many drug awareness charities do offer advice to people who are going to take drugs they also emphasise the “safest thing to do is not take drugs at all”.
Around two in five students use illegal drugs, a recent survey by the National Union of Students (NUS) suggests.
The most widely used drug is cannabis, followed by ecstasy or MDMA, nitrous oxide and cocaine.
Rob Noon, an officer at the NUS, said a range of support and information should be provided to help students who use drugs to make more informed choices.
Punitive measures rarely helped potentially vulnerable students from seeking help and support “at the very time they need it,” he says.
‘Drug-free campus’
Buckingham University has taken a different approach.
It aims to be the UK’s first drug-free campus and plans to ask students to sign contracts promising not to take illegal substances on its premises.
Two years ago the university also started inviting police sniffer dogs on campus in a crack-down on drugs.
But vice-chancellor Sir Anthony Seldon insists the policy is focused on the welfare of students rather than being punitive.
“We are not looking to throw anybody out with a drug problem but to give them help to get off it.
“It’s based upon the fact that if you are part of a university where drugs taking isn’t the norm you are much less likely to take them.” 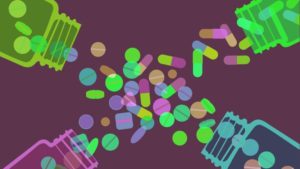 He says while he isn’t opposed to providing students with advice about how to take drugs safely he felt there were better ways to tackle the issue.
“That approach seems to be admitting there’s a problem but trying to limit the damage rather than addressing the cause.
“It should be coupled with a real drive to say we really do not think drug-taking is necessary.”
He admits the university is unlikely to “stamp drugs out altogether” but hoped tackling the social acceptability would significantly reduce drug-use on campus.
But Ms Swindells says students also need to be made aware of the risks if they do choose to take drugs.
“Providing advice doesn’t promote drug use,” she says. “It keeps people safe.” BBC