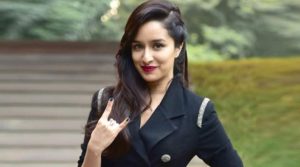 Probashbangla24 online Desk : Shraddha Kapoor, who had started shooting for Saina Nehwal biopic recently, has reportedly been diagnosed with dengue. According to reports, the actress has taken a break from her shooting schedule after diagnosis.

She will resume shooting for the Amol Gupte-directed film after recuperating from dengue. In her Instagram story, the 31-year-old actress revealed that she is “recovering” and asked her fans not to worry. “Hey guys, please don’t worry. I am recovering well. Lots of Love to you all,” Shraddha Kapoor’s Instagram story read. In Saina Nehwal biopic, the actress will be portraying the role of he 28-year-old badminton champ. Last week, Shraddha had dropped her look from the work-in-progress film. In the photo shared by the actress, Shraddha features as Saina and she perfectly encapsulates the ace badminton players’s signature expression rejoicing victory on field.