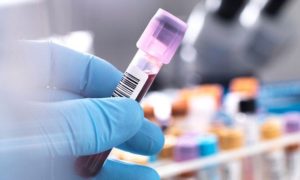 Probashbangla24 online Desk : A simple new blood test being trialled across 40 hospitals in Australia and New Zealand could spare cancer patients from having to undergo unnecessary chemotherapy.

Developed by the Walter and Eliza Hall Institute of Medical Research (WEHI) in Melbourne, the test is able to determine if fragments of tumour DNA are present in a patient’s blood after they’ve had tumours surgically removed.

At present, there is no clear way to tell if a tumour has been entirely removed or not, so patients after surgery are given chemotherapy treatment a precautionary measure.

“While chemotherapy is an essential, life-saving treatment, we don’t want patients receiving it if they don’t need it. We want to help these patients avoid serious and ongoing side-effects associated with chemotherapy,” trial lead Associate Professor Jeanne Tie, who is a clinician scientist at the Walter and Eliza Hall Institute said in a statement on Wednesday.

But as well as sparing patients from a wide range of harmful side effects which include pain, fatigue, nausea, digestive issues, bleeding problems, fertility issues, increased susceptibility to infection, heart, lung, nerve and memory problems, the test will may also be able to detect if a patient requires an increased dose of chemotherapy.

“We would like to be able to tell some patients that they can safely avoid chemotherapy because their cancer is unlikely to recur,” Tie said.

Initially focused on early stage bowel cancer patients in 2015, the success of the trial saw the test then extend to help women with ovarian cancer in 2017.

Around 400 patients have already taken part in the trial and there are now plans to expand the program to 2000 before it finishes up in 2021. Source: Xinhua