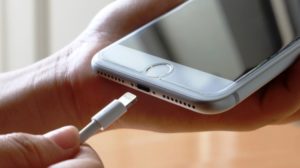 Probashbangla24 online Desk : It didn’t take long for Apple to tackle some of the iPhone XS’ teething troubles.

The company has released an iOS 12.0.1 update that, most notably, fixes a glitch that prevented the XS and XS Max from charging over a wired connection until you woke the screen.

This didn’t affect everyone (yours truly was fine), but this could prove a relief to anyone worried they’d wake up to a low battery. It also fixes a WiFi reception problem where the device would rejoin a network on the slower 2.4GHz band instead of 5GHz.

There are a few more general updates as well, including problems with Bluetooth becoming inaccessible and a lack of subtitles in some apps. iPad owners might also be happy to see the “.?123” key return to its original position in the virtual keyboard.

This clearly isn’t a momentous feature upgrade (no new emoji here), but you’ll definitely want to upgrade — it irons out a few glaring kinks that were souring the experience, especially for people with brand new iPhones.