Ronaldo ready to play for Juventus amid rape allegation 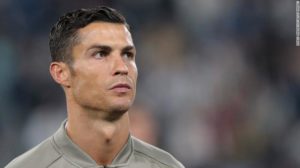 Probashbangla24 online Desk : Juventus coach Massimiliano Allegri says Cristiano Ronaldo is ready to play in Saturday’s Italian league match at Udinese despite a rape allegation against him in the United States.

Allegri says Ronaldo “is doing well” and that he is “ready to return to action.”

A lawsuit was filed last week in Nevada by Kathryn Mayorga, who says she was raped by Ronaldo in Las Vegas in 2009. Police have also re-opened an investigation. Ronaldo has denied the accusation.

Allegri says “it’s a delicate moment but he has large shoulders. I see him calm in training.”