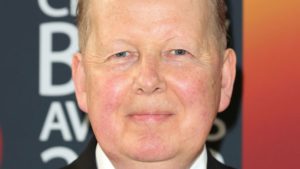 Probashbangla24 online Desk : Bill Turnbull has described dealing with cancer every day as “relentlessly boring” and admitted he asked doctors to stop his “unbearable” chemotherapy.
The former BBC Breakfast anchor, who’s now a presenter on Classic FM, said: “I just couldn’t bear it any longer.”
After that round of chemo in July – his eighth – he went on to have one more.
Turnbull said he coped with the “bad phases” of chemo by watching “lots” of TV, including all 67 episodes of Game of Thrones.
The broadcaster, who was diagnosed with incurable prostate cancer in November 2017, told Radio Times he does not see himself as courageous for talking about cancer.
But he said he was glad doing so had raised awareness of the condition.
What can men do if they are worried about prostate cancer?
Cutting prostate cancer diagnosis times
He told the magazine: “It’s the fact that having cancer is so relentlessly boring. You go to bed at night thinking about it, and it’s still there when you wake up.
“It’s there all day, every day – a fact of life you have to get used to. And it’s a massive pain in the backside.”
‘Malevolent gremlin’
Turnbull, whose cancer has spread to the bone – across his pelvis, hips, legs and spine – said of chemo: “Each round felt worse.”
He lost his sense of taste, and some days could only cope by lying down to wait “for the feeling of crushing fatigue and nausea to pass”.
By round six, “it felt as if the chemo was now taking on a life of its own, like some malevolent gremlin”.
As well as watching TV, he said he coped by presenting his radio show and listening to music.

Speaking of his decision to go public about his diagnosis, which he did in March, Turnbull said he wanted “to show men it could happen to anyone”.
He told the magazine. “I’d had my prostate checked when I was 40, and again when I was 50. I thought that had put me in the clear, but it didn’t.
“There were no early warning signs, and by the time I felt anything, it was too late.”
He said people had got in touch to say they had gone to get checked as a result of Turnbull’s experience, adding: “It doesn’t make everything worthwhile, but it certainly helps to know that someone will stay alive as a result of my experience.
“It’s gratifying, then, to see the head of the NHS, Simon Stevens, confirming that more men are coming forward and being treated as a result of the experiences of Stephen Fry and me.”

He said it had not taken courage to declare he had cancer, but praised BBC journalist Rachael Bland for her podcasts and blogs about breast cancer before she died at the age of 40.
“That, my friends, was courage indeed,” he said.
Turnbull said the disease has stopped spreading but “hasn’t been beaten back entirely”, adding: “We’re at a stalemate.”
He said: “I’m still optimistic about hanging around for some time yet.”
What are the symptoms?
There can be few symptoms of prostate cancer in the early stages, and because of its location most symptoms are linked to urination:
needing to urinate more often, especially at night
needing to run to the toilet
difficulty in starting to urinate
weak urine flow or taking a long time while urinating
feeling your bladder has not emptied fully
Men with male relatives who have had prostate cancer, black men and men over 50 are at higher risk of getting the disease. BBC