Probashbangla24 online Desk : Middle-class drug users will be targeted as part of a crackdown on the causes of violent crime, Home Secretary Sajid Javid will announce.
He will use his Tory conference speech to launch a review of drug buyers and sellers – and how shifts in the market are linked to outbreaks of bloodshed.
Justice Secretary David Gauke will also announce a new financial crime unit to seize the assets of drugs “kingpins”.
Labour says the proposals will not make up for cuts to public services.
Affluent drug users have been linked to the rise in gang-related knife crime in London and other cities.
In August, Metropolitan Police Commissioner Cressida Dick, echoing London Mayor Sadiq Khan, said: “There are some Londoners who think it is a victimless crime, taking cocaine at ‘middle-class parties’.” 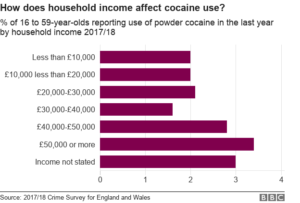 The results of the Home Office drug misuse review – targeting all types of user, including professionals – will be used to help police crack down on buyers and sellers, Mr Javid will say.
In a pre-speech interview, he told the Daily Mail: “We need to make people understand that if you are a middle-class drug user and you sort of think, ‘Well, I’m not doing any damage, I know what I’m doing,’ well, there’s a whole supply chain that goes into that.
“Youths whose lives have been abused, the county lines, other drug takers being abused, crime being encouraged.
“You are not innocent – no one is innocent if they are taking illegal drugs.”
So-called county lines drug dealing is where young people are recruited by gangs in large cities to sell drugs in rural areas.
Mr Javid is also launching a consultation on plans to ensure public sector workers in health, education, social services, local government and housing services make tackling the root causes of serious violence a top priority.
A £200m youth endowment fund is being set up that will focus on violent crime hotspots. 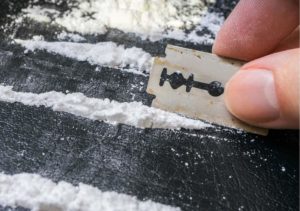 Shadow home secretary Diane Abbott said: “Violent crime is rising and recorded drug-related crime is surging, but all the Tories can offer is a review, yet another consultation and a £200m fund that doesn’t replace the money they have already cut from local authorities.
“It’s no use Sajid Javid saying health, education, social services, local government, housing and others are at the root cause of violent crime. He is part of a Government that has been implementing damaging austerity measures in all of these areas for more than eight years.”
Labour also says Mr Gauke’s measures fall short of what is needed to tackle “the emergency in our prisons”.
The justice secretary’s planned new financial crimes unit will investigate how bank accounts are being used to pay for drugs in prison and track down the criminals linked to them.
The unit, which will be based in Peterborough, will have the power to close accounts and freeze assets as well as make arrests.
“My message to kingpins is this: we are already blocking your phones, putting you in isolation and now we will make sure you can’t access your money,” Mr Gauke will say.
Meanwhile, more prisoners will be given training to help them get into work once they are released.
And £5m will be put into creating the first secure school to improve the education of young offenders.
The people who are really using cocaine
UK becoming ‘cocaine capital’ of Europe
Former foreign secretary Boris Johnson will make his only appearance at this year’s conference in Birmingham on Tuesday.
Days after criticising Prime Minister Theresa May’s Brexit plans, he will deliver a wide-ranging speech at a fringe event, touching on areas over which he has never had ministerial responsibility, such as law and order, tax cuts and housebuilding.
Back in the main hall, Health Secretary Matt Hancock will announce a £240m package to ease pressure on the NHS this winter by enabling more elderly people to be looked after at home. BBC