বাংলা
Wednesday 21st of October 2020 09:54 AM
You Are Here: Home → United Kingdom → Social media guidelines for young people to be drawn up

Social media guidelines for young people to be drawn up 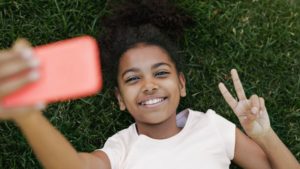 Probashbangla24 online Desk : Medical experts have been told to draw up advice on the maximum amount of time young people should spend on social media, the health secretary has said.
In an interview with the Observer, father-of-three Matt Hancock said he was “very worried” about the impact on children’s mental health.
He said he hoped the guidelines would become the “norm”, like the recommended maximum alcohol consumption for adults.
England’s chief medical officer has been asked to put together the advice.
Mr Hancock told the newspaper: “I am, as a father, very worried about the growing evidence of the impact of social media on children’s mental health.
“Unrestricted use (of social media) by younger children risks being very damaging to their mental health.
“So I have asked the chief medical officer to bring forward formal guidance on its use by children.”
Instagram ‘worst for young mental health’
Is social media making your child sad?
Would you log off social media for a month?
Confessions of a smartphone addict
Mr Hancock believes guidelines could empower parents to enforce sensible time limits and explain them to children.
“As a parent you want to be able to say, ‘The rules say you shouldn’t use social media for more than a certain period of time,'” he said.
Earlier this year, the former culture secretary became the first MP to launch his own smart phone app, where fans and constituents can discuss community issues.
He criticised Facebook and Instagram for not enforcing their rules on age limits and asked Dame Sally Davies, England’s chief medical officer, to bring forward guidance on the minimum ages for users of different sites.
England Children’s Commissioner, Anne Longfield, has welcomed advice on screen time and age for children and parents alike.
And NHS England said it was right to highlight social media’s role in a rise in young people’s mental health issues.
But the Centre for Mental Health charity has said that debate around social media and mental health is “polarised and often lacking in evidence”.
“Blaming social media for mental health difficulties with many complex causes simply alienates the young people whose lives are being debated and social media companies who could do more to help young people to thrive,” chief executive Sarah Hughes said.
Campaigner and TES columnist Natasha Devon accused policymakers of using social media as a “catch-all bogeyman” and said that austerity measures and changes to the education system also affected children’s mental health.

Some tech companies are taking action. Apple introduced a new feature called ScreenTime, which allows the user to monitor how they are using an iPhone, and set limits. A new tool on Facebook and Instagram allows users to check how much time they’ve spent scrolling.
Earlier this year the Royal Public Health Society encouraged social media users to take part in Scroll Free September.
It believed logging off could improve sleep, relationships and wellbeing.
Some logged back on to share their progress. Instagram user Sophiespicksuk went cold turkey for three weeks.
“I’ve managed to get so much more done,” she wrote. “I’ve bought face masks and put them on without taking a selfie. I’ve been out to restaurants without feeling the need to ‘check in’. I’ve been on holiday and didn’t share my hot dog leg selfies.” BBC