বাংলা
Saturday 23rd of January 2021 01:30 AM
You Are Here: Home → Australia → Australia to become first nation to eliminate cervical cancer 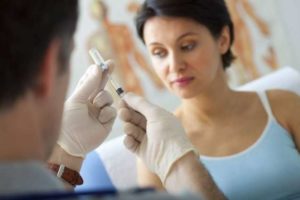 Probashbangla24 online Desk : Australia is set to become the first country in the world to eradicate cervical cancer, thanks to a wide-scale vaccination campaign and improvements made to the National Cervical Screening Programme.

“What we’re seeing now is the vaccinations which began in 2007 just beginning to have their impact on younger women, who would otherwise be in the group that might be first developing cervical cancer,” Australian Health Minister Greg Hunt told ABC radio on Wednesday (Oct 3).

According to the Cancer Council of New South Wales State, its research indicates that if the current rate of screenings and vaccinations is maintained, the deadly disease is likely to be wiped out within 20 years.

“This is such exciting news for women across Australia,” its director of research, Professor Karen Canfell, said in a statement on Wednesday.

“We’ve been leading the way in cervical cancer control for many years and we’ll be sharing our research and approaches with the rest of the world as part of a global push to eliminate this highly preventable cancer.”

With Sydney playing host to the International Papillomavirus Conference this week, Prof Canfell will present the findings of the Cancer Council’s research to her counterparts in the global medical community in the hope of kick-starting similar programmes in other nations.