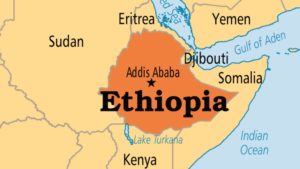 The clashes occurred on the border between the central Oromia and western Benishangul-Gumuz regions.

The clashes between rival ethnic youths armed with rocks and knives reportedly forced tens of thousands of people to flee their homes with security forces deployed to pacify the area.

Benishangul-Gumuz is one of Ethiopia’s nine regional states, stretching to the border with Sudan.