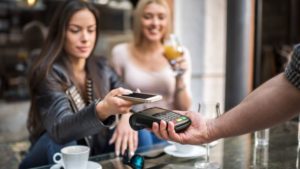 Probashbangla24 online Desk : Restaurants will be legally barred from keeping tips from staff under plans to be announced by Theresa May on Monday.
The move follows a public outcry in 2015, when it emerged that many High Street chains routinely took up to 10% of tips paid by credit and debit card.
Most chains have since stopped this practice, typically charging a much lower fee of 2.5% on tips paid by card.
The hospitality trade body said the fact restaurants had acted voluntarily meant new legislation was unnecessary.
“We developed a Code of Practice – together with Unite – which deals with the fair distribution of tips among all staff, not just waiters,” said UK Hospitality chief executive Kate Nicholls.
“As a result, best practice has been promoted across the sector and we see no evidence of tips being withheld across restaurant chains.”
Ms Nicholls also said smaller restaurants may need to retain “a small amount” from card tips to cover “the not inconsiderable costs of credit card charges and processing payments”.
Are online bookings killing restaurants?
What’s eating the restaurant trade?
Mrs May said the “tough” legislation, which would apply in England, Scotland and Wales, was part of the government’s push to end exploitative employment practices.
In 2016, Sajid Javid, then Business Secretary, said tips should go in full to waiting staff and announced proposals to stop employer deductions from them, but stopped short of legislating.
A government spokesperson was unable to say whether the legislation would also cover the common practice of customer tips left for waiting staff being redistributed to include back of house staff such as cooks and kitchen workers.

Charles Archer, a part-time waiter at Pizza Express in Exeter, said he retained all his cash tips. With card tips, he keeps 70% with 30% going to kitchen staff, but there is no admin fee.
He said he relied on tip money to pay for food with his basic salary used to pay his rent.
“Over the course of a week it can add up to a decent amount of money,” he says.
He said he did not expect the proposed legislation to change the situation of tips being shared with all restaurant staff unless the law specifically stated that tips had to go to the person that served them.
“Any law creating an increase in benefits [to waiters] will reduce benefits elsewhere,” he said.
“These companies should be paying their staff more but they don’t.”
A restaurant owner, who runs four restaurants, but did not want to be named, said he welcomed the legislation because diners expected their tips to go to people who served them, not the restaurant.
But he said service tips should be shared with kitchen staff, “otherwise, someone front-of-house who’s just started could be earning more than an experienced trained chef”.
He said that some waiters on minimum wage would earn up to £15 an hour with tips, a rate he could not match for kitchen staff. Reality Check: Where does my tip go now?
Do you leave a tip in cash or pay it by card? It might make a difference to whether it ends up in the pocket of your server or is kept by the business.
Cash tips are legally the property of staff. They can go straight to the person serving you or they can be pooled and shared out among staff – but they are not the property of the business.
Card tips are different – they currently belong to the owner of the restaurant who has no legal duty to hand any of them over to staff (although in practice many do).
The same applies to any service charge automatically added to a bill.
How businesses decide to share these tips out varies widely. Some keep all the tips while some skim a percentage off the top.
Others take a percentage to distribute to back of house staff.
‘Question marks’
There are about 150,000 hotels, pubs and restaurants in the UK, employing about two million people.
Unite regional officer Dave Turnbull said cracking down on tipping abuses was long overdue and the union would seek assurances that the legislation truly delivered fair tips.
“There will be question marks as to whether it will deal with the myriad of scams some restaurants use to pilfer staff tips to boost their profits,” he said.
Labour said the government’s proposal copied another of its policies, which the party announced in June.
Jeremy Corbyn had said then that a Labour government would legislate to ensure workers keep 100% of their tips. BBC