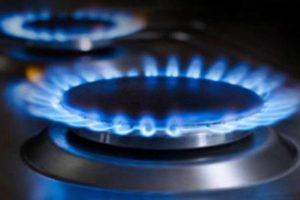 The watchdog announced its decision at a press conference at the commission office in the city on Tuesday,

‘Under the present circumstance, we find no reason to raise the gas price,’ said BERC Chairman Monwar Islam while briefing reporters.

He, however, did not directly respond to the question that there is a perception the commission this time did not hike gas price because of the advice of the Prime Minister ahead of the general election.

He said the distribution companies appealed for price hike calculating import of 1000 mmcfd LNG gas. But currently, LNG could only supply 300 mmcfd.

Secondly, he said, NBR has given supplementary duty waiver on import of LNG.

‘That’s why we don’t allow raising gas price’, he said.

Other commissioners were also present at the briefing.

Commission member Mohammad Abdul Aziz, however, said that the government would have to provide Tk 3000 as subsidy to the distribution companies to cover the loss that they will incur due to the import of LNG.

He said the commission would ask to provide Tk 1400 from short support fund.

He said the commission will consider price hike when the 1000 mmcfd LNG will be supplied to the national network.

Earlier, all the 8 state-owned downstream entities in gas sector – six distribution companies, one transmission and an LNG marketing company – had appealed to the BERC seeking an average 75 per cent hike on the existing gas prices for different consumer groups except the household and commercial ones.

While participating in the hearing, the gas entities argued that as per the government decision they had to submit their respective price hike proposals because of the high import cost of LNG as it will push up their cost substantially.

Officials said currently 300 mmcfd gas is being supplied from LNG and it will go up to 500 mmcfd in a month or two and then 1000 mmcfd gas will be flowed from next year as per a government plan. reports the UNB.